ENDLICH TACHELES has made it into the preselection as one of fifteen documentaries.

TACHELES – The Heart of the Matter - was selected for the digital education platform "Nexus", an initiative of DOK.fest Munich, Docs Barcelona and Thessaloniki Film Festival
Read more: project page


On the road with the inflatable sofa: filmmakers Jana Matthes and Andrea Schramm explore the relationship between Jews and non-Jews in Germany together with Yaar Harell, a young Berliner with Jewish roots. The filmmakers belong to the third generation of victims and perpetrators of the Holocaust. They invite other grandchildren onto the sofa and question clichés - without fear of uncomfortable truths. The sofa stands where people meet: on street corners, in the schoolyard or at the hairdresser's around the corner.

TACHELES TALK is a non-profit project of Kolonie Wedding e. V. and is supported by the "Stiftung Erinnerung".

A young Jew and his crazy idea against forgetting

Yaar sees himself as the most un-Jewish Jew in the world. He loves Star Wars and computer games. He's fed up with his father and his Holocaust stories. Yaar rebels by developing a computer game in which Jews can defend themselves and Nazis can act humanely. Then his own family history interferes.

TACHELES – The Heart of the Matter shows how the trauma of the survivors can even affect the third generation. The film asks the burning question from the perspective of a 21-old:

What does the Holocaust have to do with me today?

More about the movie 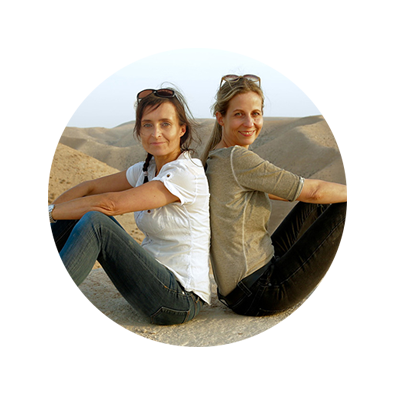 Directors, script and production
Jana Matthes and Andrea Schramm work as directors and producers for arte, 3sat, ARD and ZDF. After having studied journalism in Leipzig and directing in Potsdam-Babelsberg they founded SCHRAMM MATTHES FILM. They portray complex political and social developments in radically personal stories. Many of their films have been screened on international festivals and won prizes, such as the ‘DEUTSCHER FERNSEHPREIS’ (‘German Television Award’) and the Discovery Channel Award. 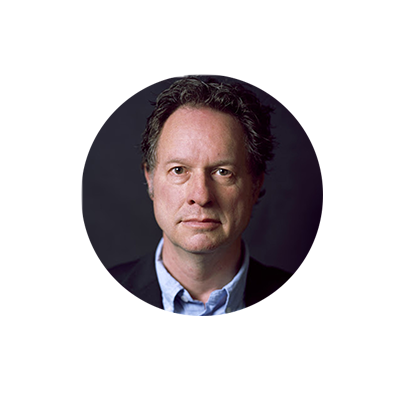 Producer
Gunter Hanfgarn has been producing documentary and feature films since 1991, including numerous international and award-winning co-productions and debuts. As producer of Susanna Salonen’s feature film PATONG GIRL he received the Grimme Prize in the category fiction and was nominated for the German Film Prize with NO LAND’S SONG by Ayat Najafi. His co-productions CARNE DE PERRO and PELO MALO received top prizes at the San Sebastian Film Festival. His production WIE HOLOCAUST INS FERNSEHEN KAM has been awarded the Grimme Prize for 2020. Gunter Hanfgarn is a member of the German and European Film Academy.

Camera
Lars Barthel was born in Erfurt in 1953. After studying at the camera department of the HFF Potsdam, where he graduated in 1977, he stayed for three more years as a master student at the university. In 1982 he emigrated to India, only to return to Berlin a year later. Lars has made many award-winning documentaries as a cameraman and sometimes as a director. Some of his last movies are "Free Lunch Society" and "Get me some hair". 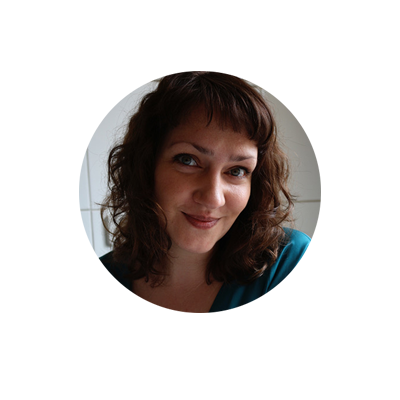 Editor
After completing her degree in media design at the Bauhaus University in Weimar, Julia Wiedwald has been a freelance film editor since 2004. She assembles both feature films and, primarily, long documentaries, many of them award-winning. (Including the documentary "No Land’s Song" by Ayat Najafi, which was nominated for the German Film Prize in 2017, and the long-term documentary "Zwischen den Stühlen" by Jakob Schmidt.) Her focus is always on the dramaturgy of a film. Julia Wiedwald is a member of the German Film Academy and the Federal Association of Film Editing (BFS). 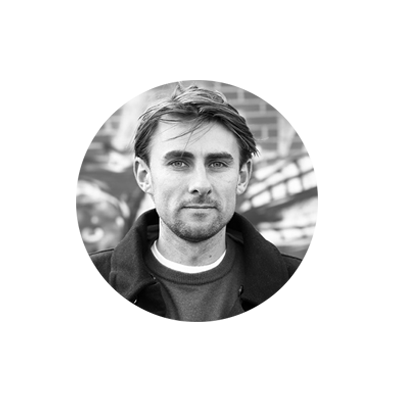 Camera
Andrej Johannes Thieme has been working as a freelance cameraman since 2014. At the beginning he worked for several years as first camera assistant on the set for a large number of film and television productions and in advertising. In 2009 he began his studies at the University of Film and Television "Konrad Wolf" in Potsdam Babelsberg, which he finished with a feature film. In addition to working on personal film projects, he prefers to work in the fields of documentary, feature film and advertising. 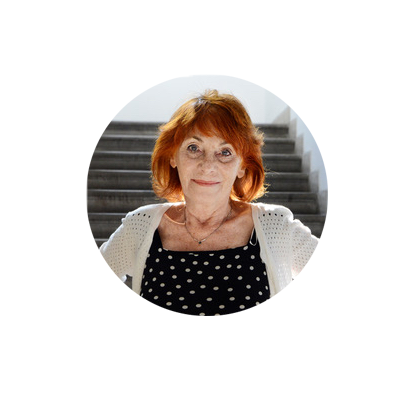 Dramaturgical counseling
Born in 1942 in Voronezh, Russia. Study of German philology at the University of Rostock. From 1967-69 culture editor at the “Forum”. 1970-1990 dramaturge at DEFA Studios for feature films in Babelsberg. Freelance filmmaker, author and dramaturge since 1990. Taught at various film schools. Dramaturgical advisory for about 80 film projects. Member of the Berlin Academy of the Arts. As a writer/director, Tamara co-directed a number of films with Johann Feindt, such as B. "The Black Box" (1990/91), "White Raven" (2005) and "My Mother, a War and Me (2014)

Sound engineer
Timo Selengia has been working as a sound engineer for numerous documentaries and feature film productions since 1999. Successful festival productions such as SONG FROM THE FOREST by Michael Obert (IDFA 2013), LOUISA by Katharina Pethke (Dok Leipzig 2011), or TORE TANZT by Katrin Gebbe (Cannes 2013) are among his portfolio. He is interested in politics and society, he also takes part in non-profit film projects.

Sound engineer
Nic Nagel worked for many years as a news editor for German TV channels such as ARD. As a sound engineer, Nic works for documentaries, feature films or advertising. Nic has lived in Berlin for many years, where she moved after completing her studies at the Baden-Württemberg Film Academy. 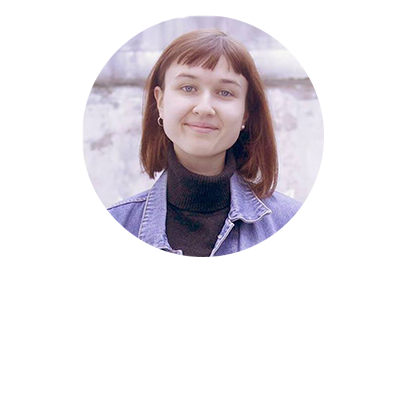 Sketches
Sarah Heitz studied communication design. After her studies in Trier and Krakow, she completed a traineeship in Switzerland and is currently a designer at Superdot, Basel. As an illustrator, she uses drawings to make feelings and numbers visible.

Consultation, accounting
Jörg Langer holds a degree in economics and gives counsel to producers and filmmakers as well as associations and organizations that are active in the film and TV business. With his company LANGER MEDIA research & consulting, he also creates specific investigations, studies, and analyses on the film and television industry.

Sketches
Jonas Greulich is a comic book artist and notorious multi-professionalist. His freelance activities range from drawings, illustrations, comics and animations to scriptwriting and directing of “real life” films. Since completing his studies, he has lived and worked in Berlin. He is a founding member of the artist group MOGA MOBO. 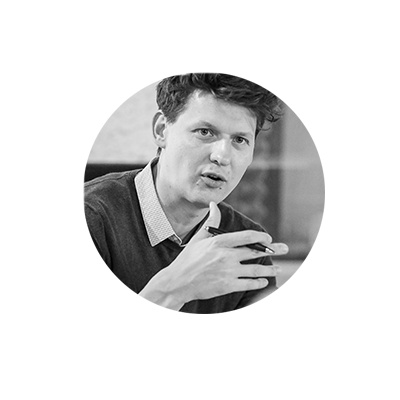 Assistant director
Julia Jasjunas studied Media Management (B.A.) and Eastern European Cultural Studies (M.A.) in Wiesbaden, Potsdam and Moscow. After her bachelor's degree, she completed a traineeship in Berlin in the field of documentary production. As an author and social media manager, she has worked on various projects for ARTE, rbb and DW. Julia is currently working at the Jewish Forum for Democracy and Against Anti-Semitism.

We would like to keep you up to date on news and events related to TACHELES.

You can find out more about which cookies we are using or switch them off in settings.